The eldritch overlord Yomh'uiggdu wants to come visit your mortal plane for thanksgiving, and he needs a trusty summoner to make it happen. Recruit witless villagers to your cause, and sacrifice the fleshbags to bring your lord's plan to fruition, but don't get caught by the pesky Inquisition, witless dumbos bent on murdering your congregation!

Just unrar and play. Browser build works, but it's slower. If you play it, make sure to fullscreen!

A complete, wretched piece of shit. You're completely defenseless against the Inquisition, who track you down relentlessly no matter what you do. These fuckers follow you constantly, no matter where you go, no matter how far you go, you can't lose them. I could be on the other side of the map, and they'd still be chasing me. A lot of times, when I start a new game, the Inquisition comes within the first few minutes of me entering the first village, rendering the game unwinnable because there's no way you can repel these fucks in your weak initial state! Worse is, the Inquisition is a lot faster than you, so even if you're running, they'll still manage to gradually chip away at your congregation. Combined with the aforementioned issue of how relentless they are, the game is almost literally a fucking death march.

Additionally, unless you have the Devotion necessary to cast Corruption, you have no way to fight back. And even if you do, you can only cast it on villages and bridges, two things you are not guaranteed to be within close range of when you're on the run. And good luck getting the Devotion, if you're being chased, there's no fucking way you can balance getting new followers and sacrificing them to gain Devotion, on top of them pummeling you almost every step of the way. Not to mention, your only means of attack costs the most Devotion out of them all. Now, I understand with Slow being lower cost that you're meant to outrun the Inquisition rather than outfight them, but that's thrown out the window by how outrunning them is just delaying your inevitable death.

Now, while you can create Strongholds to defend against the Inquisition, a lot of times the fucking things are bugged so that even inside of them they can still attack you, rendering them utterly worthless. And even when they work properly, its not like you can even hurt the Inquisition, they just stand there waiting for you to come out so they can kill your ass! But since you need Strongholds to split your congregation and channel the portal, if this glitch occurs, you should just reload and hope it doesn't happen this time. And the cherry on the shit sundae? You can't cast Corruption on your Strongholds, the one place you'd definitely want to be able to.

Now, I like the concept of this game! It has a good idea, and I definitely think it could work. But this is NOT how to do it.

You realise that it is a game whish has been done in a game jam ?
So it is more a prototype than a proper game.
So I don't see how any such game could be called a "A complete, wretched piece of shit."

Thank you so much for writing this, we will treasure it always!

Interesting game, although most of the mechanics are kind of pointless when all you really need to do is go to like 4 or 5 towns to recruit all the town folks and then sacrifice them to get enough power to create a portal

A small, but important, note though: inside the downloaded .rar, the data folder is incorrectly named "Ludum43_Data", where it should be "MyLittleCultist_Data".  Running "MyLittleCultist.exe" throws an error. Simply renaming the folder seems to work fine though.
Just thought I'd let you know!

Very strange, thank you very much for letting us know! 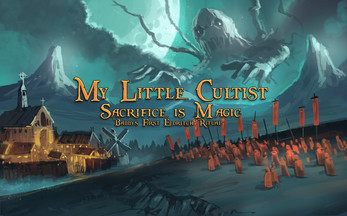 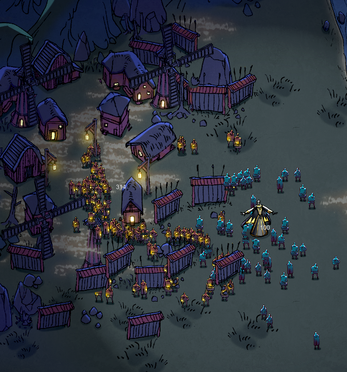 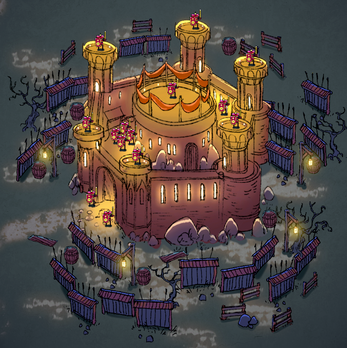 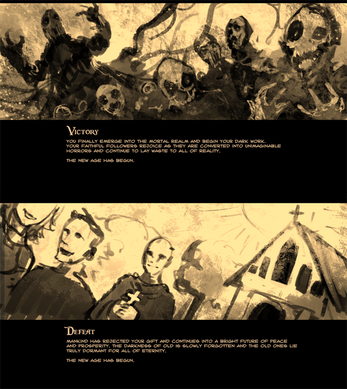